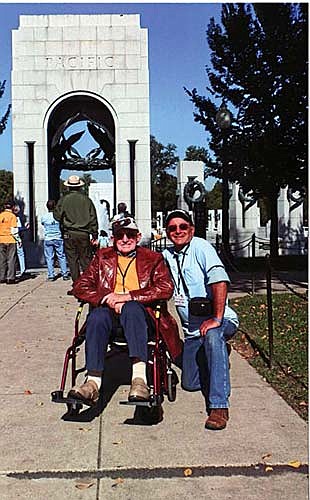 Sterling “Scotty” Scott of Cottonwood will be 89 in January. He recently was the guest of the Honor Flight Network that took him and a guardian to visit war memorials in Washington, D.C. with all expenses paid.

COTTONWOOD - "It was an honor, like you would not believe," said Sterling "Scotty" Scott, who will turn 89 in January. He served in the U.S. Marine Corps. in the South Pacific during World War II.The "honor" that Scotty is referring to was the recent Honor Flight that took him, and his Honor Flight Guardian Stan Makow of Clarkdale, to visit the WWII Memorial in Washington, D.C.