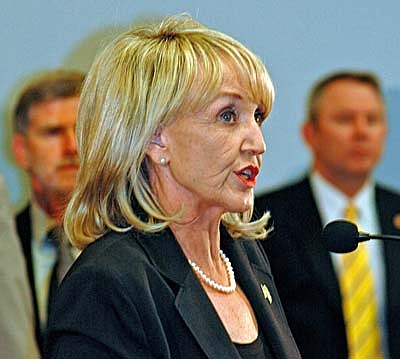 PHOENIX -- She's not out printing up bumper stickers and buttons -- at least not yet.But Gov. Jan Brewer wants everyone to know that she believes she could legally seek another full four-year term in office in 2014 if that's what she decides to do, regardless of the 1992 voter-approved constitutional amendment on term limits.