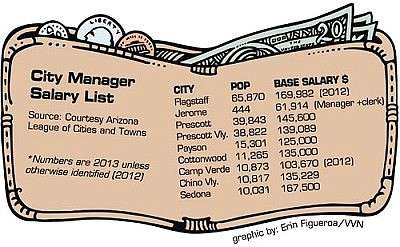 City Manager Doug Bartosh was hailed as the city's leader during the Cottonwood Council meeting Tuesday and awarded a 6-percent merit salary increase.Mayor Diane Joens read a lengthy "laundry-list" of city accomplishments in recent years under the Bartosh administration. "He has done a good job of accomplishing and holds up his end of it."