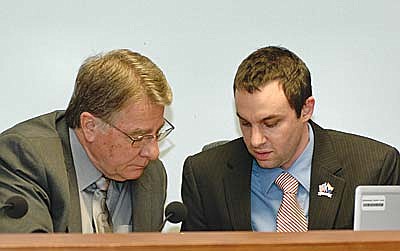 PHOENIX -- A special legislative panel voted Thursday to reduce the number of state income tax brackets from five to three, with an eye on eventually creating a single tax rate.The vote, which occurred over the objection of the two Democratic lawmakers, also includes a recommendation that, as long as the state has tax brackets, that they be indexed to account for inflation. In essence, if someone's income rose no faster than the cost of living, there would be no danger of being thrown into a higher tax bracket.