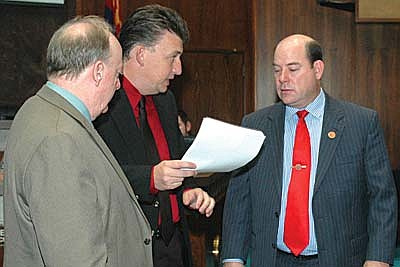 PHOENIX -- Rolling handily over most Republicans, the state House voted early Thursday for an $8.8 billion spending plan, including an extensive expansion of the state's Medicaid program.