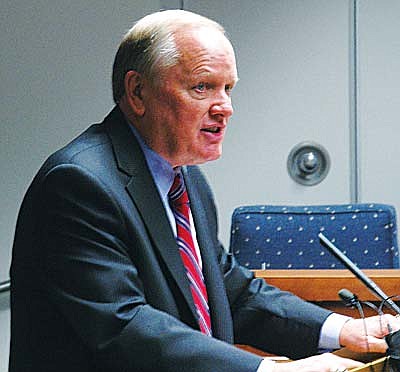 Mel McDonald, the former U.S. Attorney for Arizona, urges lawmakers Thursday to kill a measure that would allow police to keep and destroy marijuana they seized even if if turned out the person was allowed under state law to have the drug. McDonald said he became a believer in medical marijuana because of the needs of his stepson. (Capitol Media Services photo by Howard Fischer)

A House panel voted to let police destroy marijuana they have seized even if it turns out the person had a right to possess it.