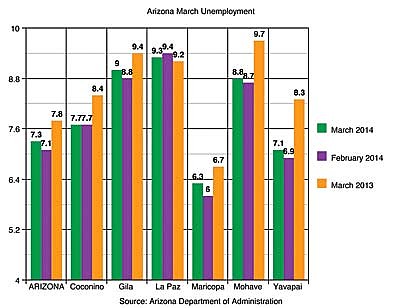 PHOENIX -- The state's jobless rate remained unchanged last month at 7.3 percent as the economic recovery remains sluggish.Arizona added 15,600 jobs in March over February. But that was good enough to only result in a 1.9 percent year-over-year change in employment.