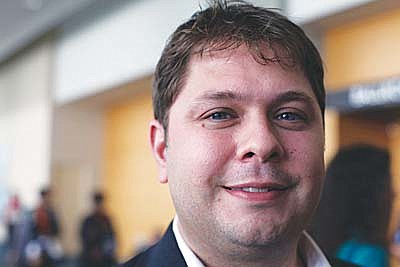 State Rep. Ruben Gallego, D-Phoenix, said millions of people like Tucson resident Sue Voelker had difficulties getting health insurance because of pre-existing condition but that Obamacare is changing that. (Cronkite News Service photo by Nathasha Khan)

WASHINGTON - Laid off and with a pre-existing medical condition, Tucson resident Sue Voelker said it was a struggle to get health insurance - until the passage of the Affordable Care Act.Voelker, on a conference call Tuesday with state Democrats and a White House official, said that under "Obamacare" she was able to sign up for a Gold Plan policy at the same price as lesser coverage that had previously been offered to her, and that it has not limited her on the doctors she can see.