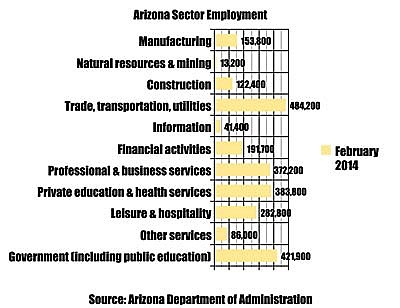 PHOENIX -- The state's jobless rate dropped two-tenths of a point last month but there are indications of problems remaining with the Arizona economy.That 7.3 percent seasonally adjusted rate compares with a 6.7 percent nationwide figure. And the state added 17,300 jobs between January and February.