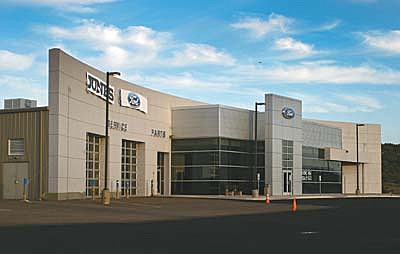 CAMP VERDE - Though not prepared to announce an opening date, Tom Jones of Jones Auto Centers has confirmed that he has taken over Steve Coury's Ford dealership on SR 260 in Camp Verde.