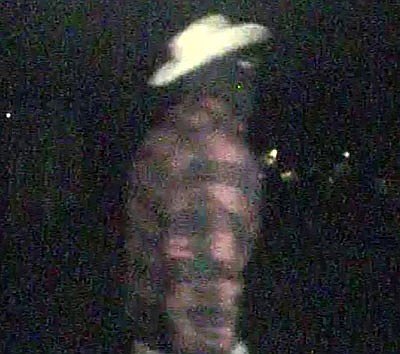 According to Detective Sergeant Tod Moore, police are “still seeking the public’s help in identifying who may have been involved in the Bank of America burglary on Jan. 27. A $10,000 reward is being offered for any information leading to the arrest and successful prosecution of anyone involved in the burglary. A new surveillance photo is being released showing the suspect leaving the bank and walking towards Safeway at about 4:25 a.m. (Photo courtesy of Cottonwood Police Dept.)

The Cottonwood Police Department has released surveillance photo from the Jan. 27 burglary of the Cottonwood branch of the Bank of America.