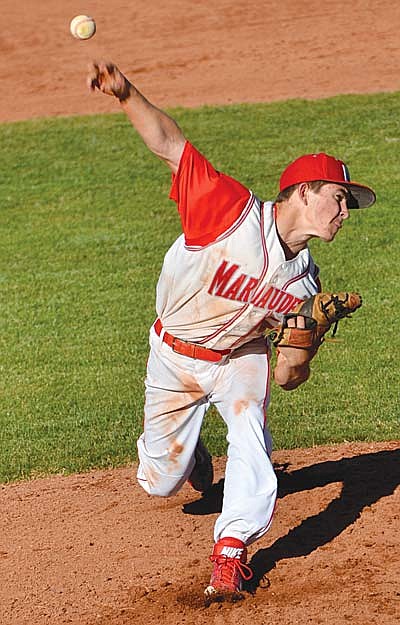 Tyler Kelly throws a pitch during their 2015 campaign. Kelly finished his freshman year with a 2.54 ERA , in eight appearances. (Photo by Vyto Starinskas)

The Mingus Marauders ended their season last year with two straight losses in the State Tournament. The first came at the hands of the Tucson Badgers and the second was a 2-5 loss to the Sunrise Mountain Mustangs. The Marauders opened States with a 12-11 win over the Verrado Vipers