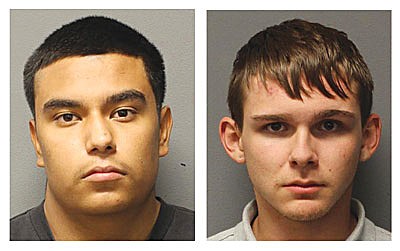 CAMP VERDE -- Two young Cottonwood men are going down separate paths after their arrest for firing a BB-guns at vehicle windows the afternoon of April 28. In one case, a man driving a van told Yavapai Sheriff's deputies he thought they were going to kill him after the teens reportedly fired and shattered his windshield in front of his face.