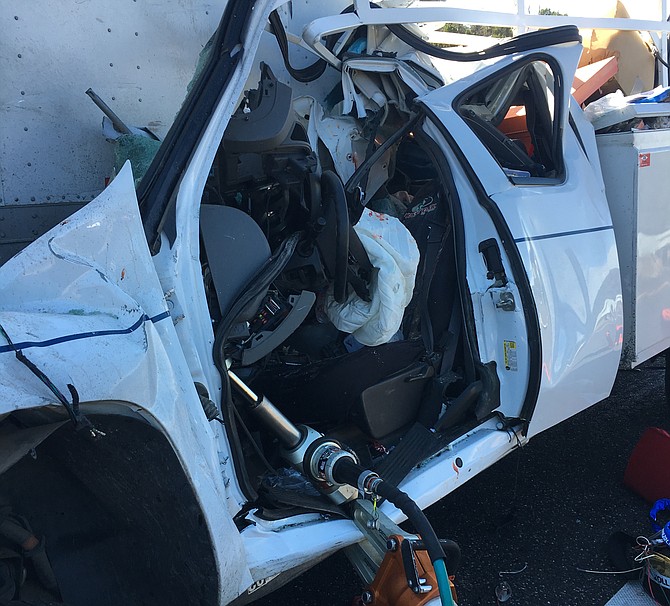 Emergency crews found a heavy duty pick-up occupied by a single occupant that had struck the rear end of a semi-trailer causing a blockage of the northbound lanes. (Photo courtesy of CC-FMA)

One patient flown to hospital following I-17 crash

One patient has been flown to Flagstaff Medical Center following a crash involving a pickup truck and a semi hauler carrying a mixed load of hazardous materials Tuesday.