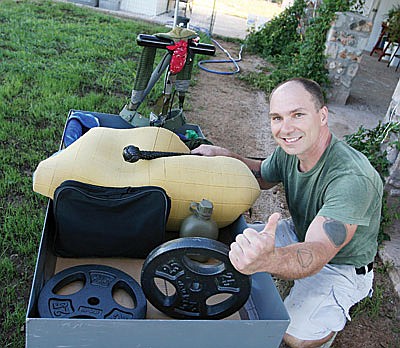 Because his dogs Luke and Ginny would need to go too far between water stops, Camp Verde resident Cedric Nye will put weights in his trailer for his 10-plus mile run to raise money for the Verde Valley Humane Society. (Photo by Bill Helm)

Nye is taking pledges and donations for the Verde Valley Humane Society as he plans a 10-plus mile run.