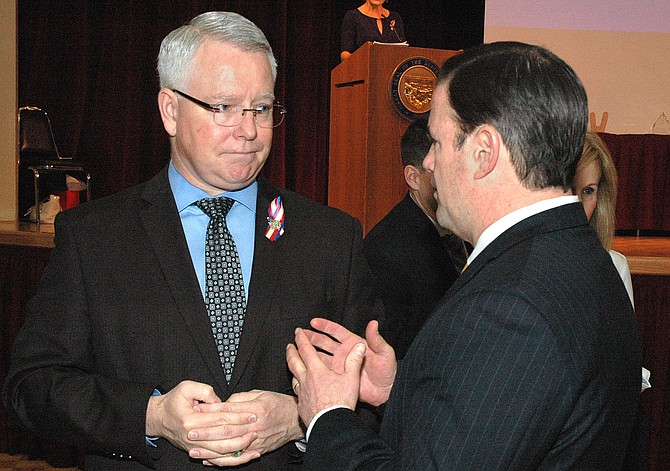 Maricopa County Attorney Bill Montgomery chats Tuesday with Gov. Doug Ducey at a luncheon. Montgomery said he will ask the governor to veto legislation changing the civil forfeiture laws if the bill remains in the form approved unanimously earlier this week by the state Senate. (Capitol Media Services photo by Howard Fischer)

Maricopa County Attorney Bill Montgomery is asking Gov. Doug Ducey to veto legislation to make it more difficult for him and other prosecutors to seize property unless changes are made in the measure.