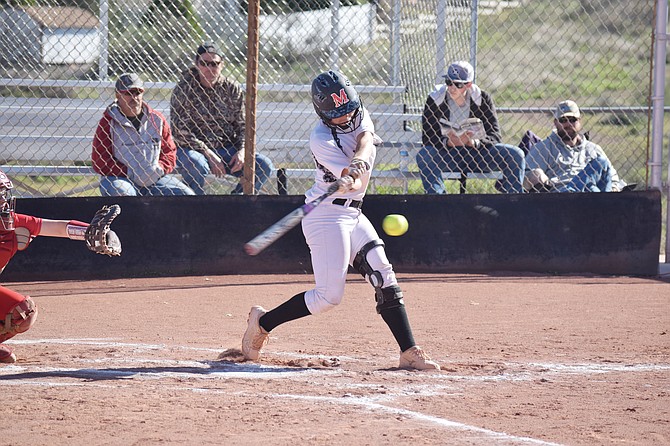 Mingus Union senior Morgan Mabery gets a hit in the Marauders’ 3-1 win over Coconino. Mabery is hitting .465 this season with an on base percentage of .525. Mingus Union finished second in the Grand Canyon Region after finishing 12th in their section last year. (VVN/James Kelley)

Mingus Union softball is set to return to the state tournament for the first time since 2013 after going 6-20-1 last year.