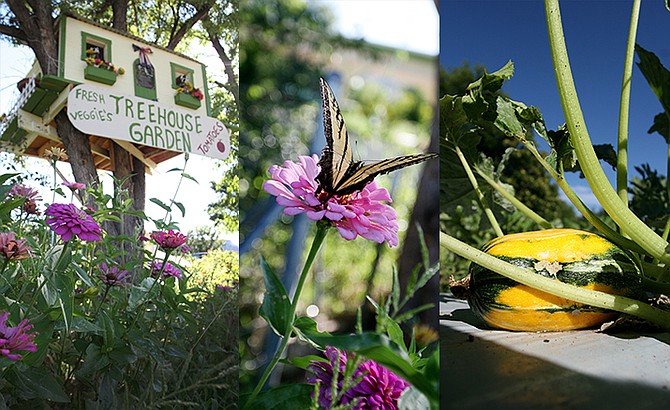 From left: Camp Verde resident David Stutzman recently built a treehouse to attract people to his u-pick ‘em produce garden on Montezuma Castle Highway. In front of the treehouse is a patch of zinnias he says customers are welcome to pick when they are picking produce. A butterfly rests on one of the zinnias in Stutzman’s two-acre produce garden. Squash, pictured, as well as spinach and lettuce are part of Stutzman’s fall and winter crop of fresh produce. (Photos by Bill Helm)

It’s rustic in a way that one would think it’s been a part of Camp Verde for quite some time.