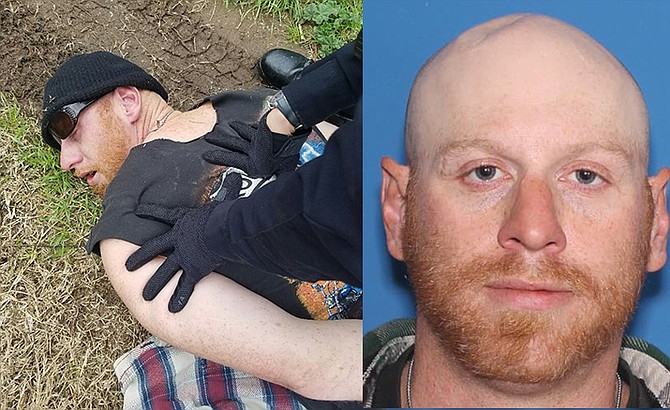 Police reported that 32-year-old Cottonwood resident David Nash had to be subdued by Taser after threatening to attack an officer Monday. Photo courtesy of Cottonwood Police Dept.

A Cottonwood man was arrested Monday for alleged attempted aggravated assault on a police officer and several other charges following a disturbance on Old Town.