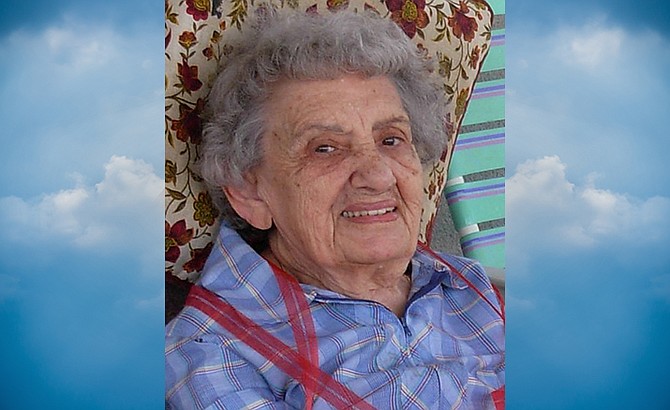 Lena Pecoraro, 92 of Clarkdale, passed away on Tuesday, March 14, 2017. Lena was born March 22, 1924 in Chicago IL to John Mencarini and Rose Ginneski. Lena lived in Chicago for 90 years where she and her husband Joseph occupied the same house for 45 years. Lena loved to play cards - she was playing 500 Rummy until a month before her passing. Lena also had a great love for chocolate and ice cream. She was a member of Immaculate Conception Catholic Church.