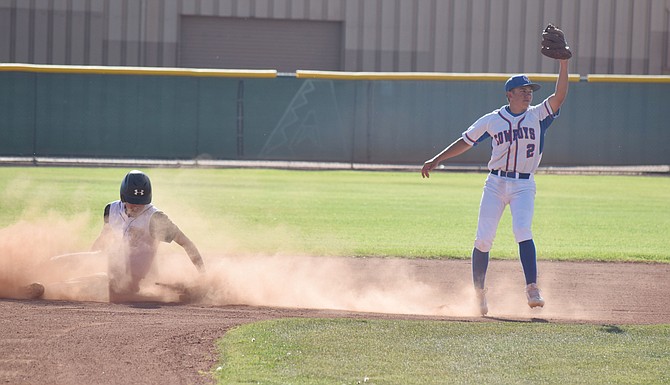 Camp Verde senior shortstop/pitcher Wyatt Howe tags out a Phoenix base runner during the Cowboys’ 17-1 win over Tonopah Valley at home. Despite their 16-2 record, Camp Verde debuted at No. 11 in the AIA’s first 2A rankings of the season because their power points record is 6-2 since the formula does not include tournaments. The Cowboys are 2-0 against No. 7 Kingman Academy, (VVN/James Kelley)

Camp Verde High baseball sits at No. 11 in the first AIA rankings of the season after a curious last couple of games.