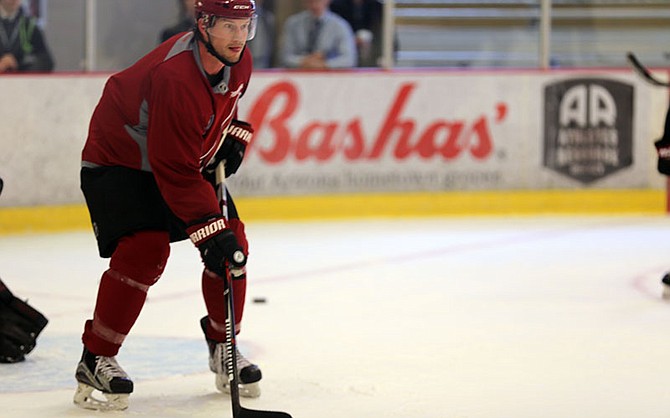 The guidance of Arizona Coyotes captain Shane Doan for valuable for the team’s rookies. (Photo by Adonis Dees/Cronkite News)

As Doan contemplates retirement, Coyotes rookies reflect on his guidance

It has been more than two decades, but the Arizona Coyotes’ Shane Doan remembers skating alongside past Coyotes as a teenager. Keith Tkachuk, Teppo Numminen, Kris King, Dave Manson and the Shannon brothers, Darrin and Darryl, helped him transition to the NHL when the franchise was still in Winnipeg, Manitoba.