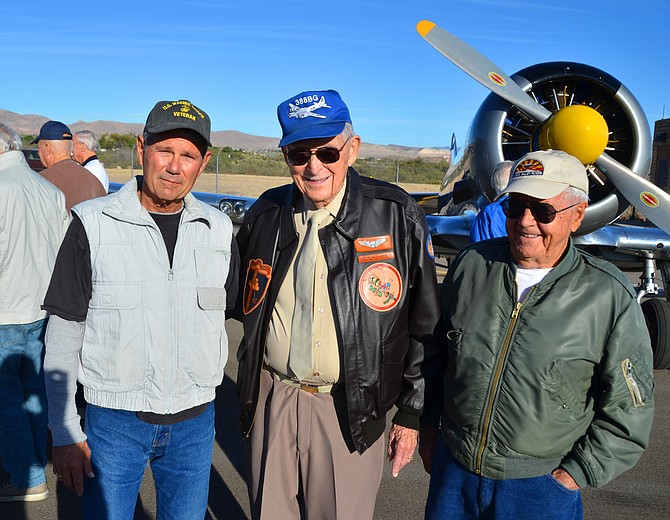 Col. Wayne Daniels, middle, poses with Terry Andrews, left, and Harry Olson. Veterans gathered during a Verde Valley Flyers Veterans day event at the Cottonwood Airport on Saturday. Daniels, a former POW, was a B17 pilot who was shot down over Germany. He was captured after he parachuted from the airplane.

Veterans with the Verde Valley Flyers, who were at a Veterans Day event at the Cottonwood Airport Saturday morning, line up for a photo in front of Terry Andrew’s 1944 attack trainer airplane.