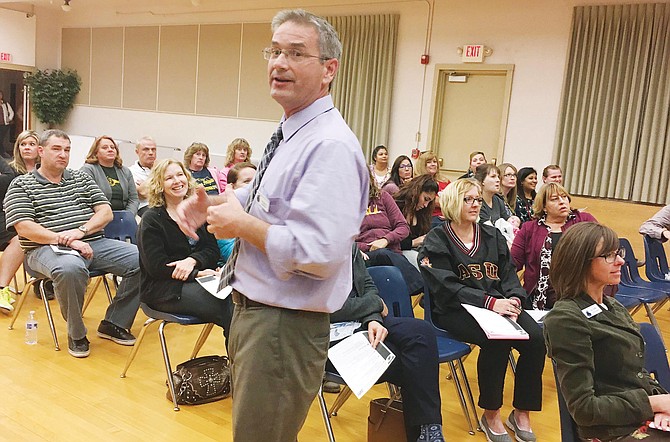 Wednesday, Cottonwood-Oak Creek Superintendent Steve King talks to a group of about 50 interested parents and community members about the possibility of the district converting three schools into two K-8 schools. (Photo by Bill Helm)

Wednesday’s public meeting at the school district’s office gave the community its first opportunity to weigh in – and to listen up – about the possibility that three of its district’s five schools could become two K-8 schools as early as 2018-2019.