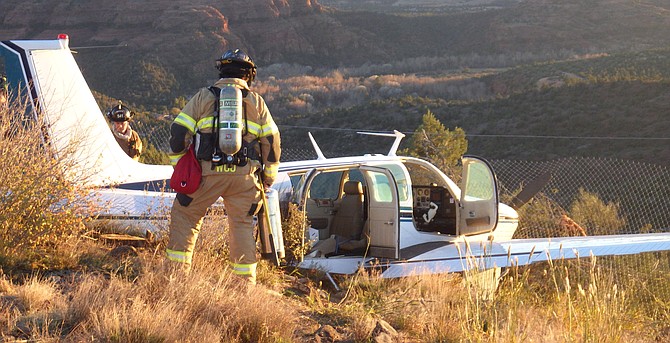 None of the three occupants of this Beechcraft Bonanza A36 were injured in the Wednesday crash and declined transport for medical evaluation. Initial reports indicate that a door or compartment on the aircraft had come open when the plane took off. The pilot was attempting to return to the airport and land when the aircraft overshot the runway and crashed. Photos courtesy of Sedona Fire District

SEDONA -- At 4:49 p.m. Wednesday, Sedona Fire District was dispatched to Sedona Oak Creek Airport after it was reported that a small plane had crashed and was on fire.