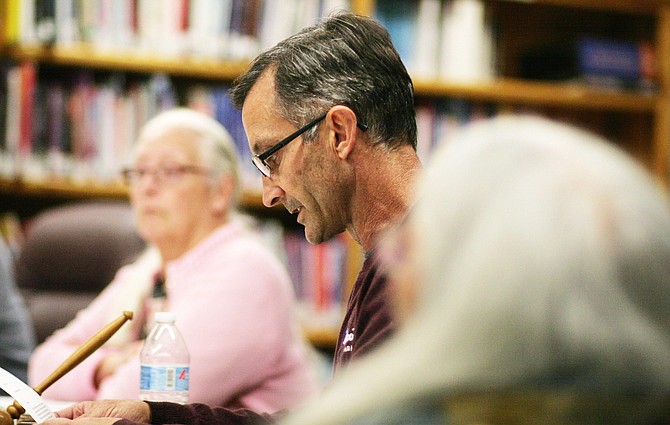 Camp Verde School Board President Tim Roth reads from a letter the board drafted to give Dr. Dennis Goodwin. The school board voted 4-to-1 to reassign to home Dr. Goodwin for the remainder of his contract, which expires on June 30. (Photo by Bill Helm)

Camp Verde Unified School District’s governing board decided Tuesday that it would rather pay its superintendent to not come to work.