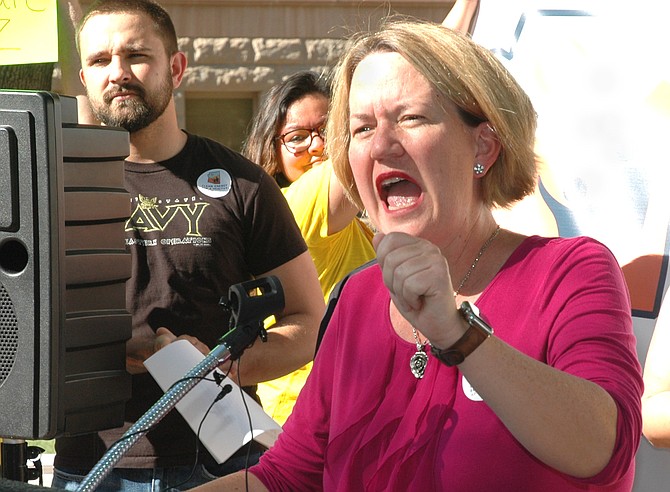 Former state utility regulator Kris Mayes details Thursday why she believes voters should support requiring electric companies to produce half their power from renewable sources by 2030. Backers of the plan submitted more than 480,000 signatures on petitions to put the issue on the November ballot. Capitol Media Services photo by Howard Fischer

Voters may get final say on renewable energy initiative

Pushing ahead where utility regulators so far will not, advocates of more renewable energy filed more than 480,000 signatures Thursday to put the question on the November ballot.