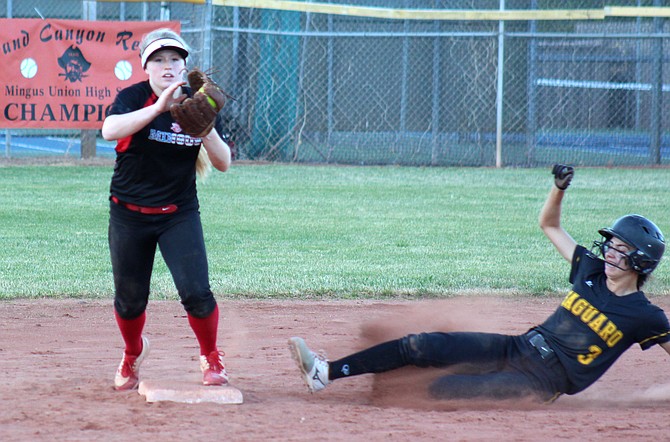 Mingus junior Ashley McCracken forces out a runner during the Marauders’ 9-1 win over Scottsdale Saguaro. Mingus Union debuted at seventh in the first rankings of the season and have since risen to No. 4. (VVN/James Kelley)

On Tuesday the AIA released their first baseball and softball rankings of the season and they were kind to Verde Valley teams.