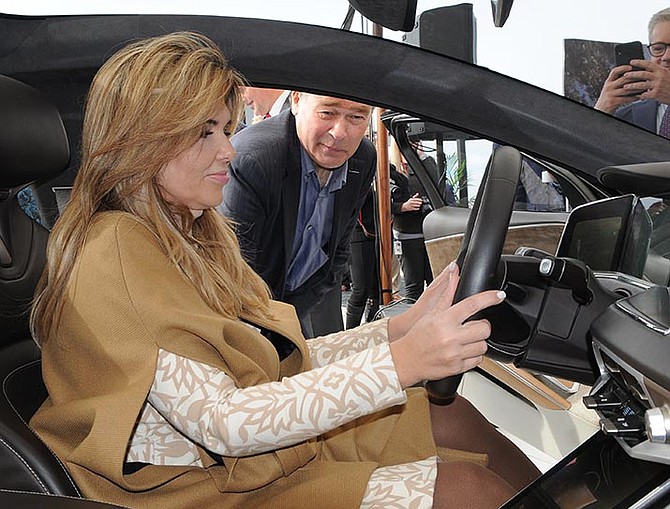 Lucid Motors CEO Peter Rawlinson shows off the model of the $100,000-plus vehicle Monday that the company plans to build in Casa Grande to Sonora Gov. Claudia Pavlovich who attended a formal ceremony to launch what company officials say will be a $700 million plant. (Capitol Media Services photo by Howard Fischer)

Three years ago, when Lucid Motors announced it would manufacture electric cars in Arizona, that product was still relatively rare.