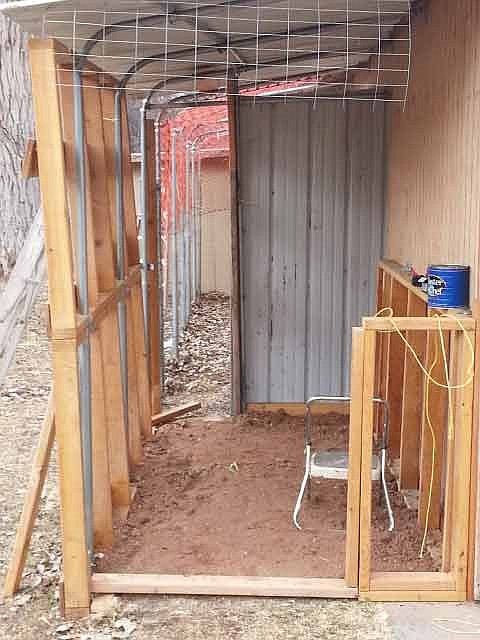 If you remember, oh plucky reader, the last time I got chicks--the Brahmas--was two Januarys ago. For their first two weeks they lived in an old cast iron tub that had dirt in the bottom and was covered with several hardware cloth-filled frames to prevent cat intrusion. This worked really well. Not only did the cast iron tub have round corners, thus preventing chick death from all of them trying to squish into a square corner (a strange chick behavior), but the heat lamps warmed the cast iron which radiated even more heat back at the chicks. However, with thirty chicks they very quickly outgrew that small space and I soon moved them outside the barn into a thrown together pallet-and-baling-twine built coop inside a chicken run.