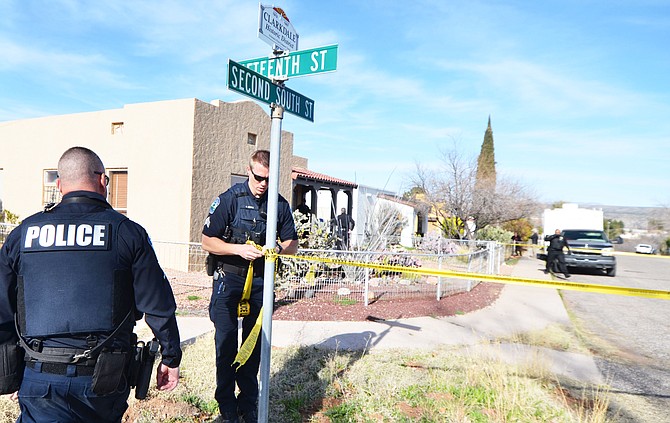 Multiple agencies responded to a home at 1424 Second South Street in Clarkdale on Thursday afternoon at about 3:30 p.m. The Clarkdale Police Department, in a release, said a man, who has yet to be identified, was shot and killed during a confrontation with officers who responded to reports of a domestic disturbance. VVN/Vyto Starinskas

One man was pronounced dead on scene Thursday afternoon after a confrontation involving a Clarkdale police officer.