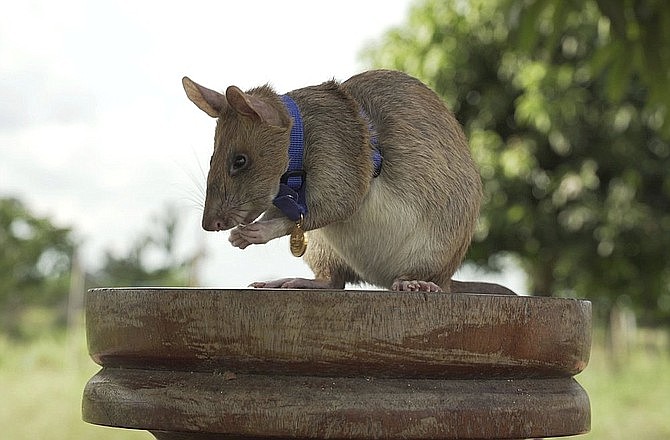 In this undated photo issued by the PDSA, People's Dispensary for Sick Animals, Cambodian landmine detection rat, "Magawa" is photographed wearing his PDSA Gold Medal, the animal equivalent of the George Cross, in Siem, Cambodia. A British animal charity has on Friday, Sept. 25, 2020, for the first time awarded its top civilian honor to a rat, recognizing the rodent for his "lifesaving bravery and devotion” in searching out unexploded landmines in Cambodia. (PDSA via AP)

A rat has, for the first time, won a British charity’s top civilian award for animal bravery, receiving the honor for searching out unexploded landmines in Cambodia.