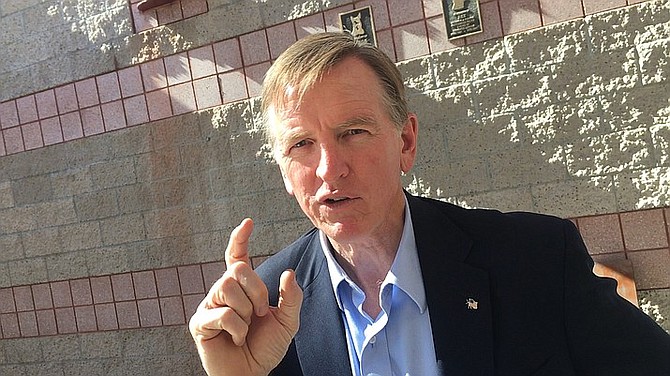 The claims against GOP Congressmen Andy Biggs and the Congressman who represents part of the Verde Valley Paul Gosar, stem from a claim by Ali Alexander, who organized the "Stop the Steal'' movement, that he worked with them and Republican Congressman Mo Brooks from Alabama on the plan for the Jan 6. demonstration. VVN file/Vyto Starinskas

Eight Democratic state legislative leaders are asking the FBI and the Department of Justice to investigate four Arizona Republican officials over any roles they had in the Jan. 6 riot where protesters breached Congress, resulting in five deaths.