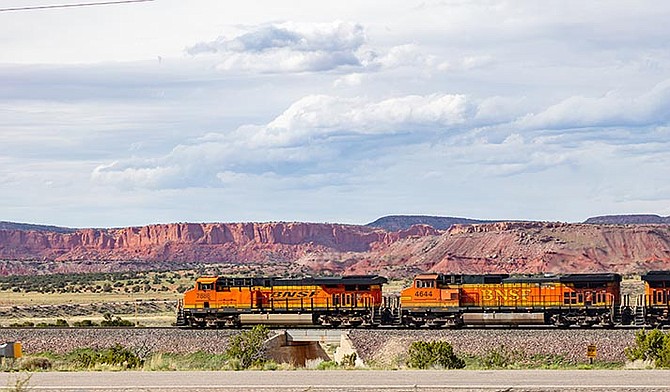 A BNSF train similar to this one collided with a Jeep that was on the tracks near Bellemont, resulting in the death of two people in the vehicle. (Adobe/Rawf8/stock)

Two people reportedly died late Tuesday night when the vehicle they were in traveled into the path of a BNSF train.