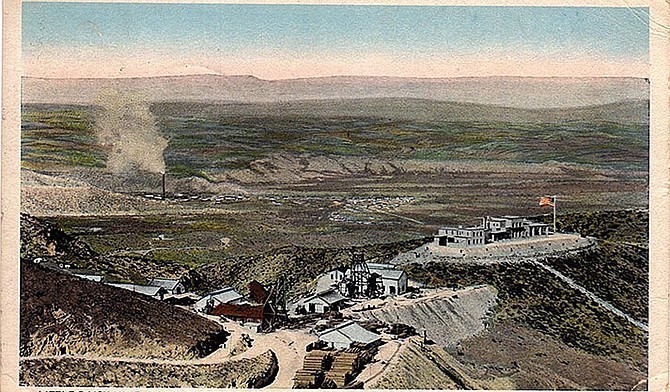 On the right, and on the east slope below the Douglas Mansion is the “Verde” claim of Albert Sieber visited by George Hull and George Kell in October 1875, and claimed by Al Sieber, Ben Baker, A. T. Wisdom, and Dan O’Leary as the ‘Verde Silver Ledge” on Sept. 11, 1876. Adjoining it on top of the hill is the “Summit Ledge” claimed by Dan J. Marr on Feb. 17, 1877. Dan and his brother were pioneer settlers in Central Verde (Aultman).

“While Jerome is always spoken of as one of the greatest copper producing camps in the world, the fact remains that some very rich gold ores have been discovered."