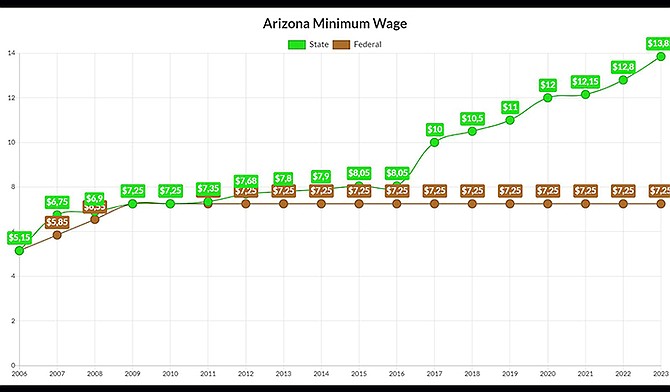 Since 2006, Arizona’s minimum wage mostly tracked with the national average until 2016, when it began to diverge dramatically.

Workers at the bottom of the Arizona wage scale are going to be legally entitled to a pay hike of $42 a week beginning in January.

By Howard Fischer, For the Independent September 18, 2022
Event Calendar