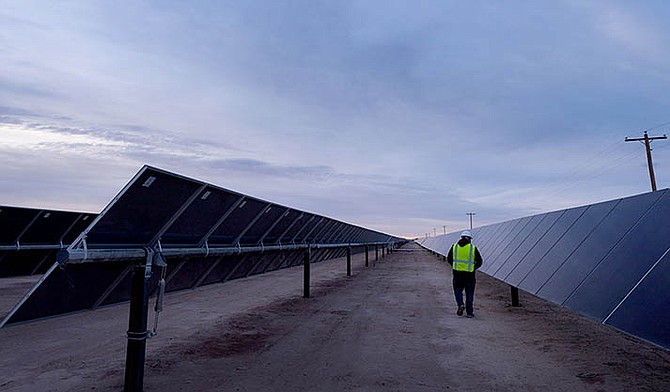 SRP and Clenera will begin construction on Arizona’s largest solar plant in 2023 northwest of Flagstaff. SRP has been working to expand solar, including at East Line Solar in Coolidge, shown here, which was initiated by SRP and is owned and operated by a subsidiary of AES. (Photo courtesy of SRP)

Salt River Project has partnered with Clēnera a private renewable energy company, to bring Arizona its largest solar plant by 2024.