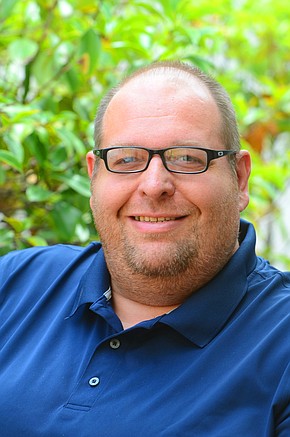 Brian M. Bergner Jr., editor for The Verde Independent in Cottonwood, Arizona, is an award-winning multimedia journalist who has worked in the media business for 20 years. Originally from Milwaukee, Wisconsin, his family moved to Sedona, Arizona, in 1997 before graduating from Sedona Red Rock High School in 2001. Beginning his career as a student-assistant sports information director as early as 19, Bergner played NCAA Division III basketball for Concordia University Wisconsin before returning to Arizona in 2004. After graduating from Northern Arizona University with a bachelor’s degree in journalism and public relations in December 2006, he worked as a sports writer and eventually a sports editor for more than a decade covering high school, college and professional sports. Joining The Daily Courier’s sports staff in 2015, Bergner eventually became a news/sports editor for The Verde Independent’s sister publication in Prescott, Arizona, in 2018. He and his wife Irma have three children, A.J., 9, Emma, 7, and a newborn, Henry. Bergner joined The Verde Independent in July 2021. Follow him on Twitter, Facebook, Instagram and SoundCloud at @52MediaWorks.

Firefighter Tyrone Bell, who died in the line of duty earlier this month due to complications from COVID-19, will be laid to rest Monday, Nov. 1, according to Verde Valley Fire District Chief Danny Johnson.

A Troupe of Ridiculous Thespians (ATORT), made up of Mingus Union High School students, recently announced their newest musical performance, “The 25th annual Putnam County Spelling Bee,” according to a news release.

The Clarkdale Town Council recently announced the selection of Susan Guthrie as their next town manager.

Column: My family’s bout with COVID-19

For more than a year and a half, the pandemic has caused stress in many households.

Mingus hangs tough with No. 6 Panthers in 28-14 loss
Prep Football

Quarterback Zach Harrison completed 10 of 20 passes for 169 yards and a touchdown, but the Mingus football team surrendered 21 unanswered points to start the game in a 28-14 loss to region rival Coconino on Friday night.

Column: Cottonwood students deserve our support, let’s give it to them with ‘Yes’ vote

When I woke up Saturday morning to check the news with my morning tea, my last stop was VerdeNews.com to make sure all was in order for our readers.

Soon children ages 5 to 11 will be able to receive the COVID-19 vaccination and Yavapai County Community Health Services announced Friday that they’re ready for it.

In order to encourage local residents to be prepared for the flu season, Yavapai County announced another flu shot clinic in the Verde Valley coming this week, according to a news release.

A new multi-family development proposal in the heart of the city called the “6th Street Lofts” took another big step forward this week toward becoming a reality for the residents of Cottonwood.